Tallinn named the most cultured city in Northern Europe 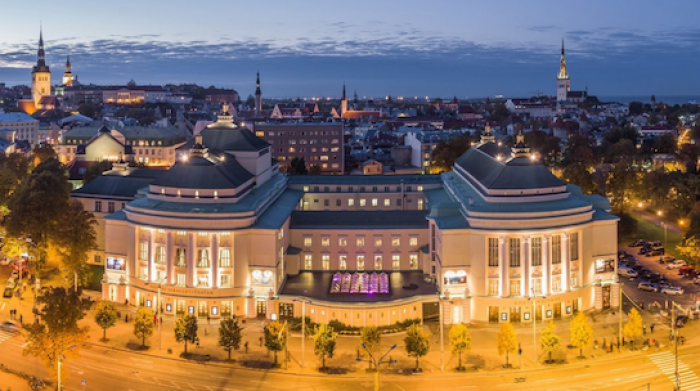 Tallinn named the most cultured city in Northern Europe

The Estonian capital, Tallinn, ranks eighth among the 50 most cultured cities in Europe and number one in Northern Europe, in a list researched and compiled by Wanderu, a travel search platform and fare aggregator.

Using a specific methodology, the Boston, Massachusetts-based Wanderu calculated the density of culturally important sites across European cities to determine the “most cultured” ones in Europe. The platform said its research looked at every city in Europe with a population of more than 300,000 and it built its rankings based on the total number of cultural landmarks such as museums, universities, historic sites, theatres and churches and cathedrals per capita.

According to the chart, Tallinn ranks at eight among all European cities and is the only city from Northern Europe in the top 10. The Estonian capital is also number four among European cities with most museums and number nine with most universities per capita. 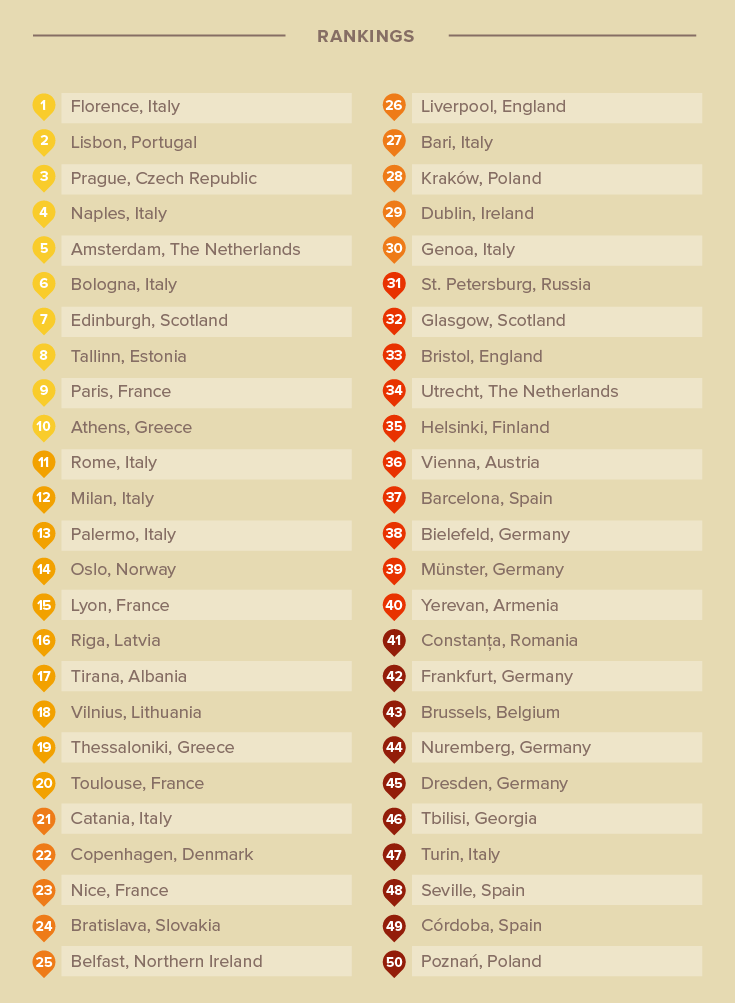 “With two-thirds the population of Oslo, Tallinn has the same number of universities, one more historic site, and only five fewer museums,” Wanderu said. “If you haven’t already, then seriously, stop and Google Image Search ‘Tallinn’. It’s like Florence, Amsterdam, Barcelona and Moscow bundled up their most gorgeous aspects and sent them to this capital city by the Baltic Sea.” 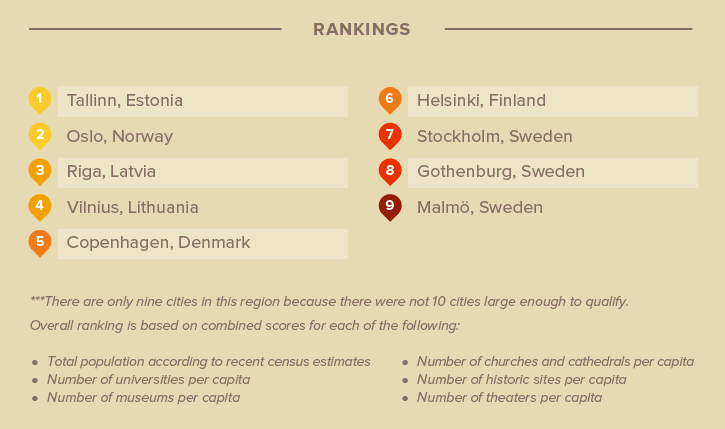 The most cultured cities in Northern Europe (Walderu).

Previously, Tallinn has also been the European “capital of culture” – an annual rotating honour under which a city designated by the European Union organises a series of cultural events with a strong pan-European dimension. Tallinn held the title with Turku, a Finnish town, in 2011.

Silver Tambur is the cofounder and Editor-in-Chief of Estonian World. He has previously studied journalism at the University of Tartu, and politics and society at the Birkbeck College, University of London. Silver has been the editor at the Estonian Public Broadcasting’s news service in English, as well as contributing for the Business Sense magazine in the UK, Deutsche Welle and Radio New Zealand. You can also follow him on Twitter and like his page on Facebook. You can write to Silver at silver@estonianworld.com.
https://estonianworld.com/culture/tallinn-named-the-most-cultured-city-in-northern-europe/?fbclid=IwAR0Q7wa0-C_4FSVCVRcm-rsAWASIgdb2jOx8i_NesRNHLjeb0di8T5FPMPI